Adam Jessome and Shawn Martens had no intention of starting a tech company when they created IronSight. The Bonnyville and Cold Lake natives were simply trying to set their oilfield service company apart.

Over two decades of combined experience in Alberta’s oil and gas sector taught them how frustrating scheduling independent vendors, like their vacuum truck company, could be. So, they built an in-house app to simplify the process.

“We thought: how do we differentiate ourselves from the competition?” Adam says. “One way was to develop an app that let oil producers quickly submit a job request to us.”

An Uber-like platform, IronSight makes it easy to coordinate and schedule industrial services. Rather than calling around, oil producers can simply pull up the app and enter job details. The request gets sent to the dispatch hub, where a coordinator has a bird’s eye view of tasks, team and assets— allowing them to make more educated dispatch decisions. 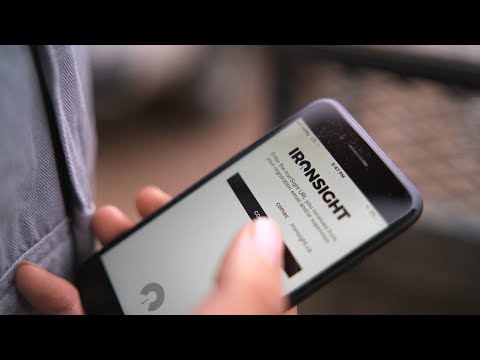 Once the job has been assigned, the details are sent directly to the field worker as a push notification on their smart phone.

Producers can also monitor a job’s progress through the app and a chat function allows workers to communicate directly with decision makers — saving oil producers time and money.

Ironically, IronSight owes much of its success to the oil crash. As Adam and Shawn were launching their vacuum truck company, Pack Energy, oil prices started to collapse. The downturn resulted in more than 100,000 layoffs within Alberta and many service companies, including Pack, suffered as oil production slowed.

Though Adam and Shawn struggled to maintain the bottom line, they started getting a lot of inquiries about their internal dispatching software (aka IronSight).
“Energy producers were looking for ways to become more efficient,” explains Adam. “As you can imagine they’re dispatching hundreds of trucks with pen and paper. They heard we had an app that could make that easier.”

Encouraged by the interest, Adam and Shawn began marketing the app to energy producers.

Eventually, the one of the largest private oil and gas companies in the world took a chance on them. After a successful trial run, which improved this producer’s efficiency by 30 per cent (resulting in annual savings of around $27.8 million), Pack Energy sold its trucks and transitioned to a software as a service (SaaS) company.

IronSight is currently used by producers and service providers in Edmonton, Bonnyville and Cold Lake areas. But global expansion is right around the corner. By the end of the year, IronSight will be used in North Dakota and Texas. The company is also eyeing opportunities in sub-Saharan Africa.“The [future] of oil and gas is technology,” says Shawn. “Not just downhole pumps, not just facility technology, but software.”But it’s not just oil and gas producers that can benefit from using IronSight. Forestry, utilities, pipelines are all industries that require the management of multiple field workers and vendors.

“IronSight has the potential to become the platform where all industrial services are coordinated,” he says.